An article focusing on the problems elderly people face after retiring featured a survey about the regrets they have from their current point of view – what they should have done in the time before retirement. The most common answer – find a hobby.

Having a hobby and sharing a common interest is crucial for the productive aging and community belonging, the need of which increases with the advancing of age. On the other hand, having spent most of one’s life on devoted working and finally, at the age of 60, having all of one’s time at own disposal and no idea what to do with it can be depressing and lead to apathy.

How to find a productive activity and new friends? This design proposal for a community center for elderly citizen /and not only/ is a “display window” for the opportunities /elderly/ people have, a sort of “hobby catalogue”. It unfolds in front of one’s eyes independent from one’s will, displaying a variety of activities and aiming to induce curiosity and will to take part. In this manner, one can choose whatever attracts him directly ”from the window”. Fully transparent to the outside, the building also offers multiple visual connections on the inside; so that, taking part in some activity, one can still “keep an eye” of what is happening around and join something new if he finds interested in it. Both short walls facing the Kinuta West residential complex are covered with greenery. 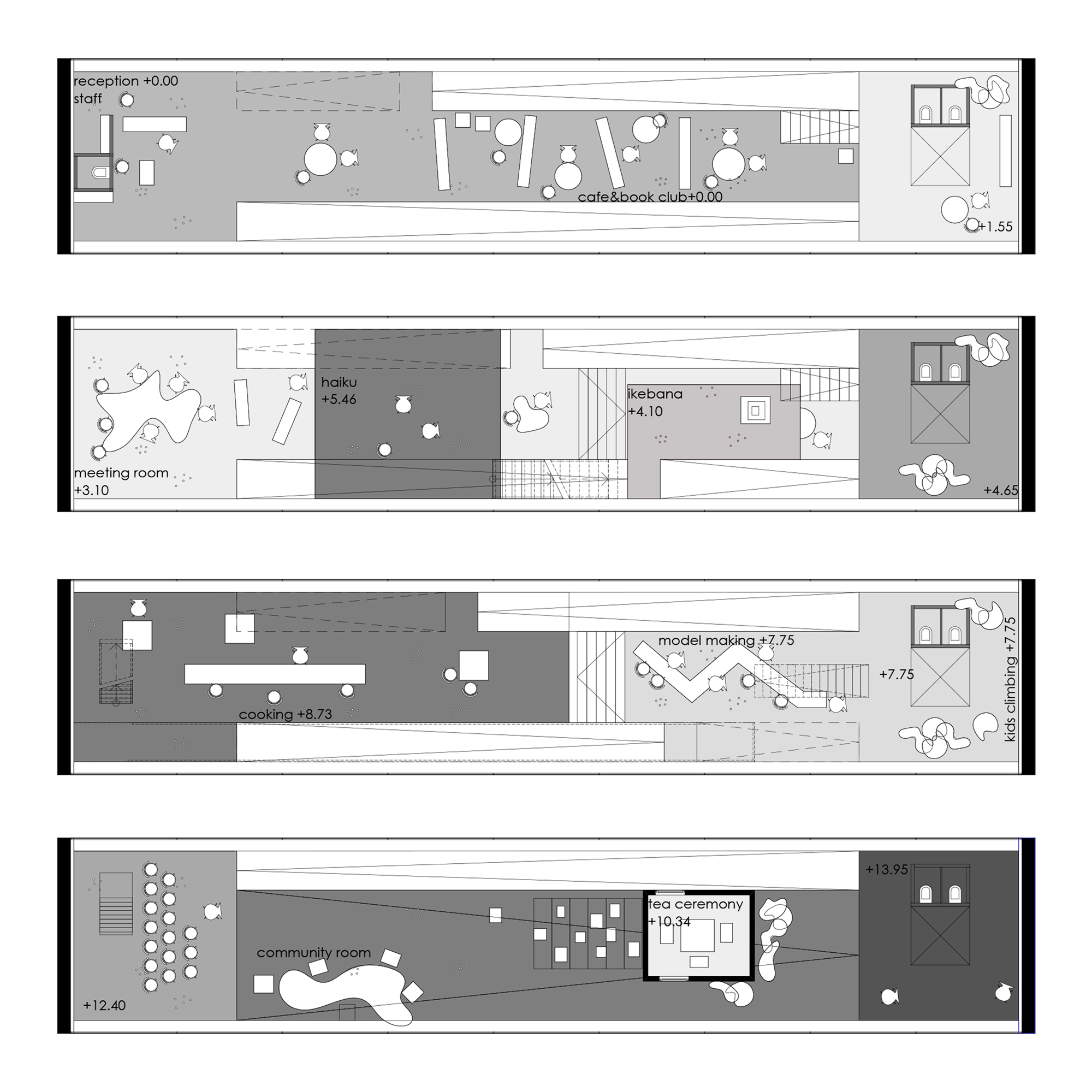