A winning competition proposal for a small apartment building in central Sofia.

Recesses in the walls form balconies, platforms for flower pots and niches for air conditioners. The recesses enrich the interior space by providing unexpected views from different angles while at the same time a glance from the closely built neighbouring buildings into the interior spaces is hardly possible because of the oblique rotation of most windows.

The light-grey coloured granite of the curtain wall facade is also used for the pavement in the courtyard and, with a different surface treatment, the staircase, providing an overall unified appearance of the building. The air between the thermal insulation and the stone cladding provides better microclimate in both summer and winter seasons. The windows and glazing in the recesses are positioned outside the brick wall and in the same plane as the stone cladding in order to maintain clean geometry.

The building has 6 floors with three spacious apartments, one maisonette, 2 shops at ground level and 2 offices, among which the workspace of Another Studio. The studio was involved in the interior design of all apartments in the building. 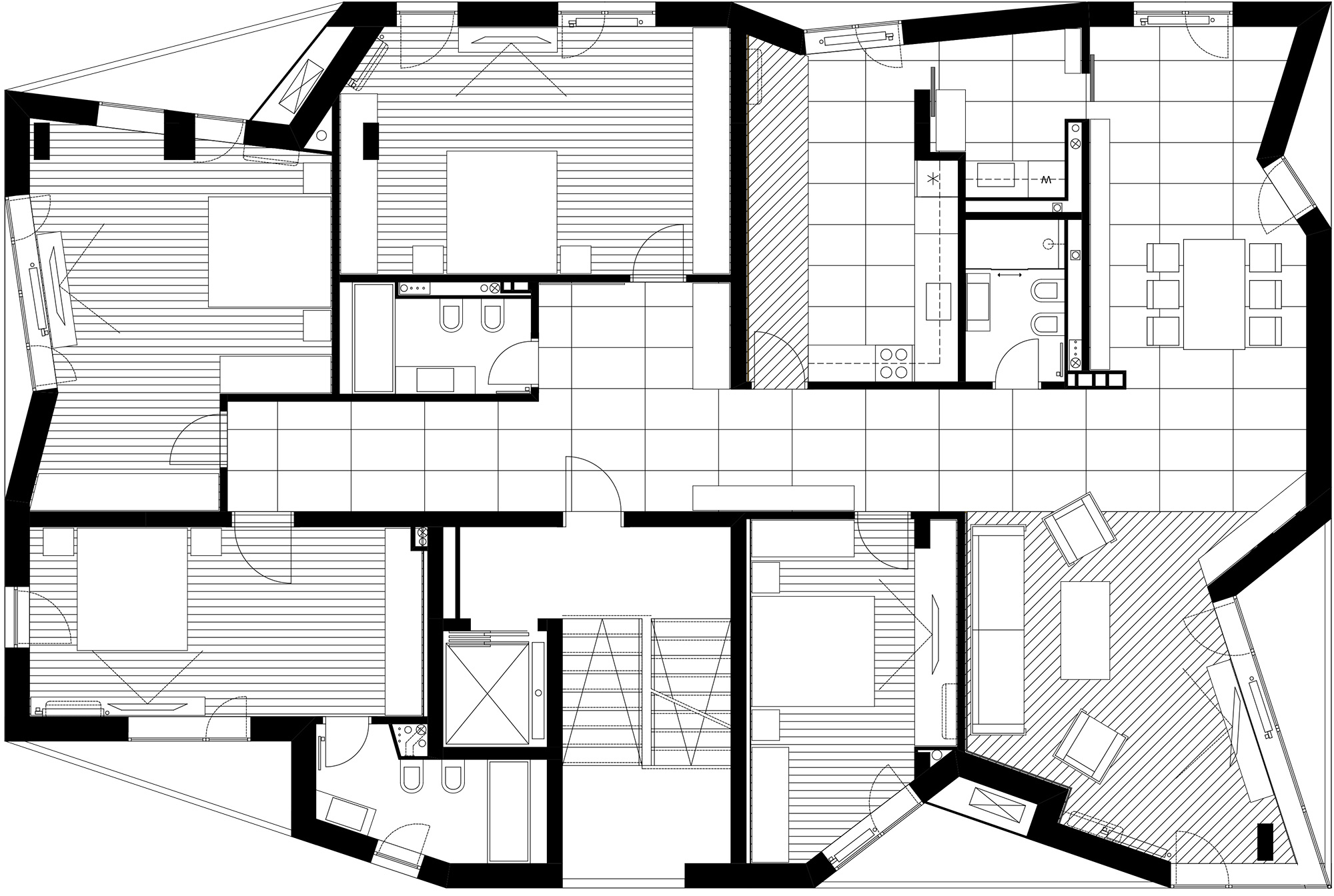